The link to the series of Youtube videos that I noted in 83rd FIDE Congress isn't the only video resource available for that gathering. It turns out that the same camera man, Sevan Muradian, has extracted some of the most important sequences to separate videos. For example, below is a clip covering Andrew Paulson's appearance in front of the General Assembly. If you're not familiar with Paulson, he's the white knight to whom FIDE has given the contract for the next few World Championship cycles. I covered his swift ascent to FIDE center stage in two recent posts: Evolution of a Press Release and C25 Candidates & C26 Grand Prix.

Although the clip is over 47 minutes long, Paulson's main presentation lasts for only three minutes near the beginning. Here's a highlight:-

I'm often asked by journalists, do I really think that I can make chess as big as it was 20 or 30 years ago, and I point out to them that chess is bigger than it was 20 or 30 years ago. It's simply that media attention -- the eye of the camera -- has been elsewhere. So in fact a major part of our strategy is to bring back media attention to the events themselves. It's not a major transformation. I don't have any revolutionary ideas. I simply plan on doing everything a little bit better and I think that's the core of our plan.

The rest of the video is a Q&A featuring various FIDE heavyweights, epsecially FIDE Deputy President Makropoulos. FIDE President Ilyumzhinov remains silent throughout. My favorite segment is an exchange between Paulson and Vice President Ilya Levitov, who also happens to be President of the Russian Chess Federation, on the withdrawal of the Chelyabinsk organizers from the first Grand Prix event, which was hastily reorganized in London. Another portion worth excerpting is Paulson's response when asked about 'media channels' at the London Grand Prix:-

The first two Grand Prix's, which were supposed to be in Chelyabinsk and Tashkent, we had no major plans for innovation. We signed the contract six months ago and there was still an amount of uncertainty around it. Our plans are to make a big, let's say, a transitional moment during the Candidates which will also be in London in March.

Toward the end of the video, Makropoulos explains the importance of the contract to FIDE:-

If you are also interested in the CNC presentation, which preceded the Agon time slot, see CNC, on the same Youtube channel.

Posted by Mark Weeks at 8:04 AM No comments: 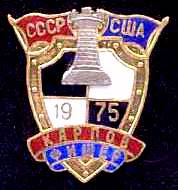 While writing yesterday's post on my main blog, The Match That Never Was, I had a vague recollection of another fabricated Fischer - Karpov game from a few years ago. Sure enough, I found it on Chessbase.com and added the relevant links to the 'Never Was' post.

One unfabricated fact about the game didn't seem right: that the main negotiations between Fischer and Karpov occurred in the Philippines. The one reference by Chessbase -- Russians vs. Fischer, by Plisetsky and Voronkov (1994), p.366-367 -- mentions only meetings in Tokyo and Cordoba. Then I turned to Kasparov's volume on Fischer, My Great Predecessors IV, where starting on p.467, there is a long, detailed account titled 'Abdication'. Here is a timeline derived from that account.

There are some gaps in that table, especially months and venues, which I'll fill in from other accounts.

Posted by Mark Weeks at 5:54 PM No comments:

A few resources worth mentioning;-

I also created a new category for 'Resources'.

Working on the previous post, Evolution of a Press Release, I realized that I didn't have a good grasp of the events leading to the forthcoming start of the Grand Prix in London. Following is a series of relevant articles from Chessvibes.com. I prefer Chessvibes over the other main chess news services because it incorporates visitor comments.

Given the many things that have gone wrong with world chess in the last decade, I'm not easily impressed by FIDE, but the accomplishments of the past six months are taking the organization in a new direction. If the London Grand Prix is even moderately successful, we can expect great things to follow.

Posted by Mark Weeks at 4:14 PM No comments: